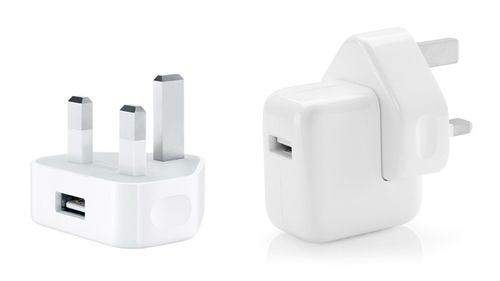 When it comes to expensive gadgets such as the Apple products, there is a heavy emphasis laid on using only the original chargers. With fake chargers doing the rounds, however, one can never know if what they have is an original one. The fake ones differ from the original ones in subtle ways that, once identified, can help you figure out if you have the right one.

Here are some ways to help you identify a fake Apple charger:

Every original charger allows fast charging owing to it pumping out a lot of battery. Fake chargers, on the other hand, take twice as long to charge your devices as compared to the original ones. If your charger takes too long, it is definitely a fake.

Every counterfeit product differs from the original in the way it is spelt or how the logo is branded. In an Apple charger, you can check for the CE marking, the logo, or any spelling error.

Fake chargers have a shiny exterior

Everyone knows the original chargers to have a sleek matte finish. The fake charger tend to have a glossy exterior, helping you identify it immediately.

The length of the plug pins differ

The plug pins on every original charger is the same throughout. The ones on the fake may differ in size by either being a little bigger or smaller in comparison.

The plug pins in fake chargers are weaker

Original chargers have plug pins that are sturdy. Those in fake chargers, not so much. Flicking the largest plug pin can help you determine whether the charger is an original or a fake. If it feels solid, you’re holding an original. If the sound you hear is that of plastic or something hollow, you can be sure of holding a fake charger.

If you detect your charger to be a fake using any of the above methods, make sure you visit the nearest iPhone service center in Mumbai to get the opinion of a professional and take things further in order to address the issue.