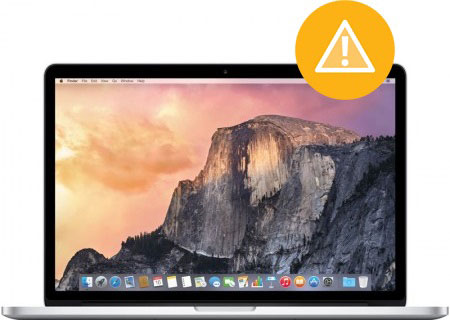 Fill out "Get a Repair Quote" form or call to know more.

Please do not bother. it is for verification purpose only.

AppleSolution provides a service for MacBook Pro logic board repair such as:

Why Replace the MacBook Pro when When you can repair it and save some bucks for Weekend?

For some MacBook Pro users, a logic board or Graphics failure is something like a terminal disease. Nobody seems to know why it happens. Everything was fine for years. suddenly your MacBook Pro won't boot up.

We also heard a misconception from many MacBook Pro users that they believe MacBooks are dust and moist proof.

If we talk about durability, then MacBooks are pretty much durable but it is only possible when the user services MacBook Pro on a regular basis and it is strongly recommended to service your MacBook Pro after every 8-9 months if you are using your MacBook Pro outdoors, in moist or high humidity areas like Mumbai, Thane, and nearby cities.

Problems in MacBook Pro Motherboard cause due to several reasons such as manufacturing design faults that have been MacBook Pro owners continuously reporting for their MacBook Pro Pro-2011 Graphics issue to MacBook Pro 2017 SSD failure.

When you visit Apple authorized service center for the MacBook Pro Motherboard Repair, They do not repair the Motherboard and ask for pay out-of-pocket for a MacBook Pro replacement.

What our customers say

We are always happy to hear what our customers have to say and thought that we would share some customer comments with you.

Get Your Apple Device Fixed TODAY!

We are taking care of our customers apple devices since 2012, All the Employees of AppleSolution are professional Engineering Graduates having a vast experience in IT and Electronics. We are Mumbai's best and trusted when it comes to Apple repair service.